Which Streaming Service has the Best Shows and Movies? 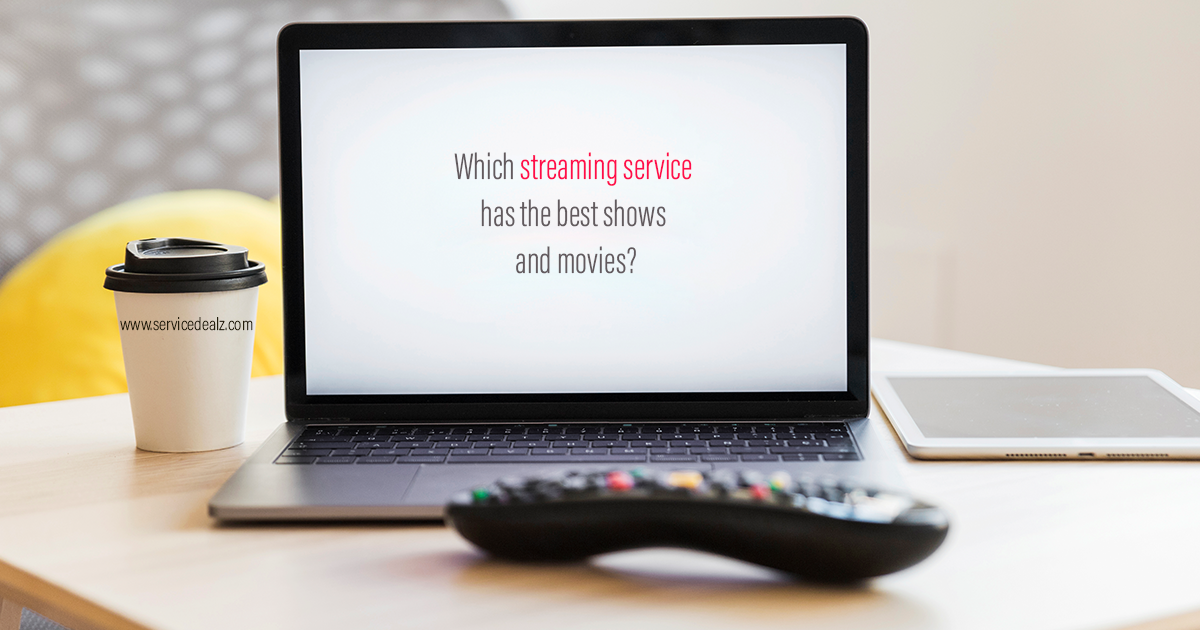 Well, the term streaming was first known by people in the 90s during the revolution of internet. Moreover, Streaming services started as an add-on to DVD and digital download offerings with a trickle of second-run movies and TV shows. They were supplements to the programs you watched on their first (and second) runs on cable TV. However, the speedier internet connections and a number of video streaming devices boosted the decline of traditional cable. With the passage of time, a huge number of viewers are cutting the cord entirely in favor of dedicated streaming alternatives.

Amongst several other video streaming services, Netflix may be one of the most popular options available in the US, but it's certainly not the only one.

In an attempt to help cord-cutters wade through all the services out there, We're breaking down the best video streaming services for your money.

Costing $50 a month, it offers access to live TV from up to 50 providers, including all the major networks. You will find a  great selection of channels, too, including Disney, bravo, ESPN, Fox News, Fox Sports, MSNBC, FX National Geographic, USA, and some regional sports networks. It also has an unlimited cloud DVR and supports up to three simultaneous users.

Costing $119 a year or $13 a month, with Prime (or, a video-only subscription costs $9 a month) Prime Video offers a large collection, including original shows, like “The Grand Tour”. Well, this isn't all, you can stream exceptional series, such as “Downton Abbey”, HBO’s back catalogue, and NFL Thursday Night Football streams. You can only stream on up to three devices at once and you can't create multiple accounts under the same subscription either, which is pretty obvious.

With a fee of $6 a month with ads or $10 a month ad-free, CBS All Access let's you get a wide access to the network - but without an antenna. It has full-length episodes of CBS programs, as well as All-Access-only original series like Star Trek: Picard and The Twilight Zone, plus live programming from local CBS affiliates in 124 markets.

Costing almost the same as above with an amount of $15 a month, This video streaming service is for those of you who want HBO, but don't want cable. You get the network’s series, movies, specials, and documentaries. Apart form this, HBO is rapidly increasing its content collection by adding more films to the platform so there's always something new to watch. Additionally, it keeps the movie-buffs coming to them with the same interest.

Running with a $6 a month or $10 for the zero ads version, which can also be bundled with Disney+ and ESPN for $13 a month providing excellent selection of TV series and movies, Cloud DVR, Varied channel lineup, Hulu is an ideal option for streaming new and exclusive shows as well as live TV across a wide variety of platforms. It's a top choice among streaming video services available on nearly every media-streaming devices.

Costing $7 a month or $13 a month when bundled with Hulu and ESPN+) Disney+ provides you a wide range of content whether you're a Marvel fan who wants to watch Endgame, a Star Wars fan excited to check out the Mandalorian, or a parent who wants to distract your kids long enough to fix supper, Disney+ has something for everyone. It includes content from not only Marvel and Star Wars, but also Pixar, National Geographic, and Disney's recently purchased Fox properties like The Simpsons.

Don't forget all the Disney classics, as well, like The Little Mermaid and The Lion King. It has so many hits from the Disney's treasure chest.

From $5 a month or $50 a year for the basic service (or $13 a month for a bundled pack with Hulu and Disney+), ESPN+ is for sports fans which has a huge lineup of live sporting events like the UFC, MLB, NHL,  and the MLS, as well as college sports of all types and rugby and cricket. It’s a part of the main ESPN app for mobile devices and streaming boxes. You can also watch it online at ESPN.com.

With a subscription fee of $20 a month and $4 more for an add-on channel pack. Philo is a sports-free streaming service that offers 40 channels from cable networks, including A&E, AMC, BBC America, Cheddar, Comedy Central, Discovery Channel, Food Network, HGTV, History, Lifetime, MTV, Nickelodeon, TLC, Travel Channel, and others. It support up to three simultaneous users, and you also get unlimited cloud DVR. Comes with a significant iOS app but no native Android app.

With an average amount of $9 a month for SD video on a single screen; $13 a month for HD video on up to two screens and $16 a month for 4K video on four screens, Netflix provides a huge catalogue of movies and TV shows, lots of them being older titles that Netflix has bought the streaming rights too, but Netflix is adding more of it's in-house produced content with series like Orange Is the New Black and Stranger Things (Season 4 is coming!) and films like Best Picture Nominees, the Irishman and Marriage Story, and blockbusters like Underground 6 and Spenser Confidential.

Know More About What You're Signing Up For.

A video streaming service's success largely depends on what its library offers. That's why so many services are investing heavily in developing high-quality original content. Consider, for example, Netflix's Stranger Things, Amazon's The Marvelous Mrs. Maisel, and Hulu's The Handmaid's Tale, all of which are Emmy-winning shows.

And if you're looking for a vast side of the archive of any streaming services, you should use a virtual private network (VPN) which are particularly useful for streaming services since they can sometimes grant access to region-locked content. For example, if you connect to a VPN server in the UK from a device in the US, you may be able to watch free content from BBC TV.