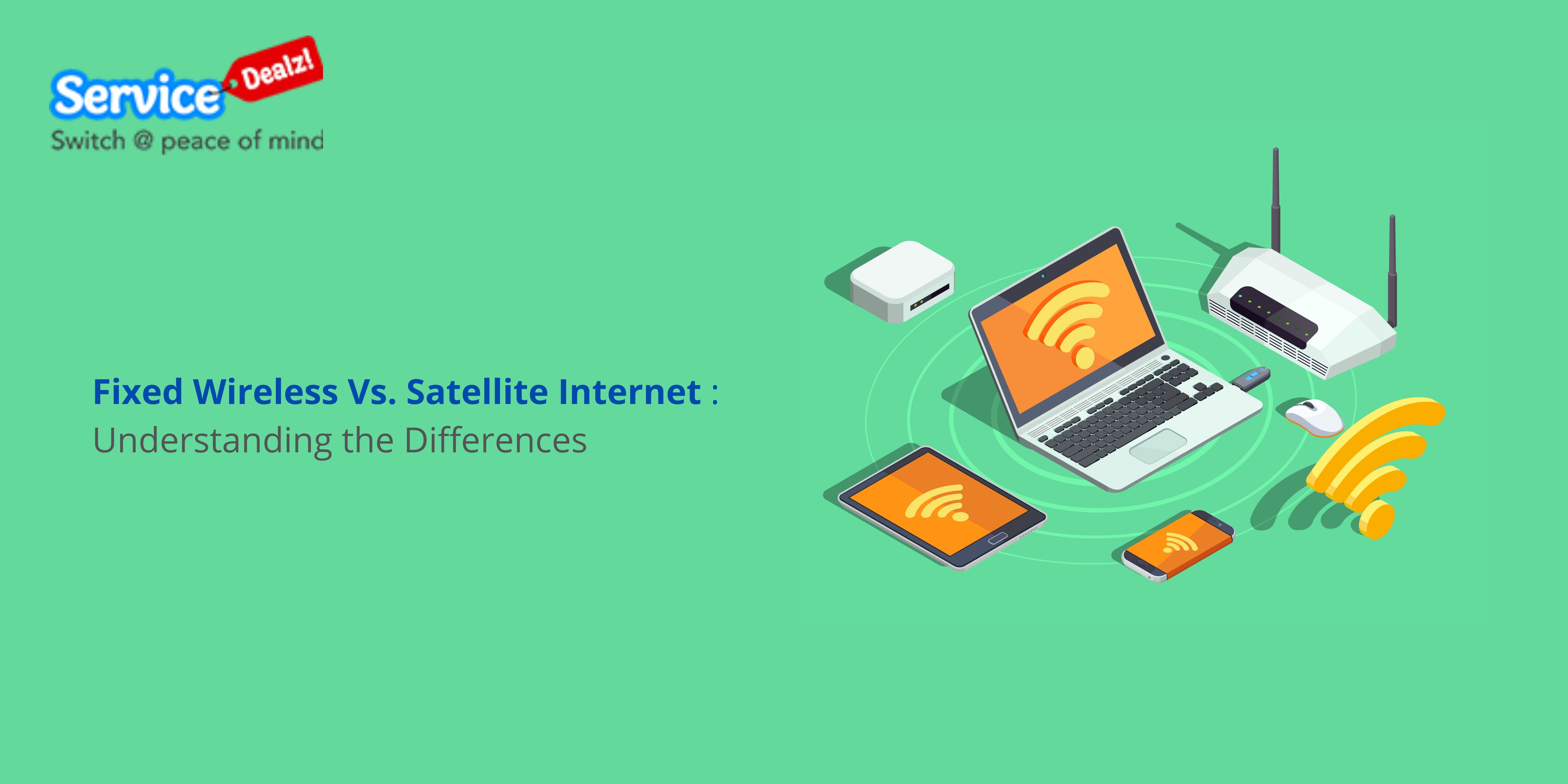 “Hey, is this Satellite Internet?”

This is the one question we get from customers calling us for the first time.

It is not hard to see why and how people would fail to differentiate between Fixed Wireless and Satellite. Whether it is Fixed Wireless or Satellite Internet, both of them require a dish mounted to your property. If we shed some light on their similarities – both can be easily accessed in rural areas, both can get you online, and need a clear line of site.

In today’s digital era, reliable internet access is of paramount importance. Undoubtedly, it is becoming indispensable to sustain a modern living. However, many parts of rural America lack the much-needed high-speed internet options. Thanks to the leading internet service providers for serving people in the U.S. with the best fixed wireless and satellite options!

In this blog, we will discuss the pros and cons of these two Internet services.

What is Fixed Wireless?

Fixed wireless is a rural internet option that relies on radio signals than satellite ones to communicate. In other words, it is a type of service that connects one location, like a house or farm, to the Internet via radio waves.

Radio signals come from your ISP’s (Internet Service Provider) tower. Also known as a ground station or POP (Point-of-Presence), these towers are located 10 miles away from your house.

Aside from being based on land, fixed wireless towers seem no taller than cell service towers restricting the need for atmospheric distraction. You, as a customer, will have a receiver, and an antenna that is mounted to your property – home or building.

Although fixed wireless service providers make the comprehensive network of cell towers all across the U.S. work in their favor, they let you connect to this network so you can use it as home internet.

However, you will still need to have a rep come over for the basic installation of a receiver dish and other vital equipment.

Fixed internet offers a plethora of great benefits over satellite internet service based on the distance to your receiver. It is faster, cost-effective, and reliable compared to a similar satellite service.

What is Satellite Internet?

Ever tried to get internet service in one of the rural areas of the United States? If so, you have definitely heard of satellite internet, which enables you to use the network of communications satellites in orbit.

The three parts that help gain access to the internet through satellites include the geostationary satellite orbiting Earth, the modem, and the satellite dish.

A satellite internet would require a company rep to install equipment at your home. A satellite/broadcaster plays an essential role. To locate the best place for receiver installation, the rep will measure signal strength across your property – home or business.

Wired in? Connected to a router? You are now ready to receive internet from orbiting satellites.

Rapid advancements in technology have significantly enhanced the speed and reliability of satellite internet.

A Brief Comparison between Fixed Wireless and Satellite Internet

Both fixed wireless internet and satellite internet come with their fair share of pros and cons.

Well, bad weather is an act of nature but it should not adversely affect your internet connection. Depending on what you opt for – fixed wireless or satellite internet – you may see a significant weather loss.

Not only does satellite internet can burn a hole in the wallet, but it is more susceptible to weather interference. Signals need to reach the satellites in space, so they have to travel out of Earth’s atmosphere. Hence, the weather can cause disruption to these signals. As a result, there is slower internet or no internet connection whatsoever.

Not experiencing bad weather? You could still have a disrupted internet connection if an area surrounding already is. Elements like wind, snow, rain, and lightning can have adverse effects on signal reception.

However, this is not the case with fixed wireless. With fewer weather-based disruptions, it will keep ongoing. That is because the signal for the fixed wireless does not have to pass through the upper atmosphere to reach you.

Bandwidth is what service providers refer to when they quote ‘X’ number of megabits per second (Mbps). It is one of two measures people commonly use to talk about varying speeds of the internet.

Although this is a crucial gain in overall speed, it does not cover everything. If you want to see how fast your internet really works, consider latency.

Latency is defined as the amount of time your connection takes to send information from your computer network and back. Measured in milliseconds (ms) along with bandwidth, latency is the most crucial measure of internet speed.

Satellite internet requires a lot of time because the signal has to leave Earth. It has to make it to the satellite 20,000 miles above the earth.

When you are using a satellite internet provider, it is vital for information to pass through the atmosphere to a satellite, which will then travel from the satellite to the network hub and back.

It is due to this long time that satellite internet suffers from an extremely heavy latency. You can actually look forward to receiving a latency of 500 Mbps.

Fixed wireless signals, on the other hand, have a shorter travel time compared to satellite signals. In several cases, they move less than a mile from your house to a cell tower, and this significantly shortens the network latency.

What is Your Pick – Fixed Wireless or Satellite Internet?

Now that we have stated the differences between fixed wireless and satellite internet, you will be able to the one that goes with your expectations and usage. In most cases, people usually end up picking fixed wireless due to the number of benefits it provides.