Differences between Megabits and Megabytes? 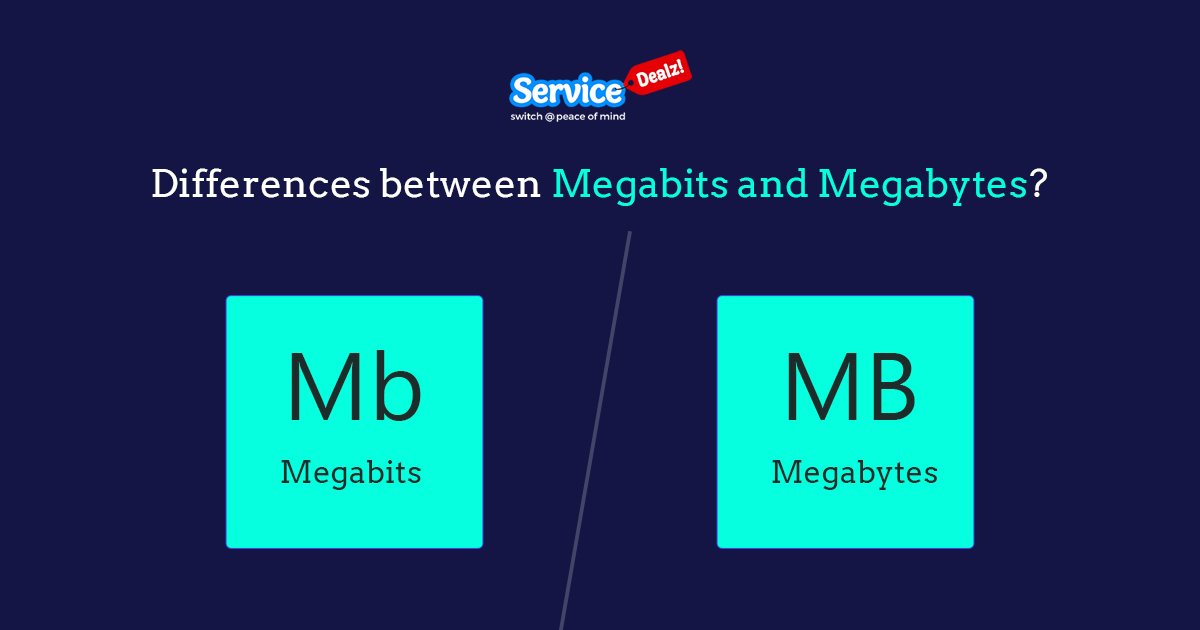 The two sound the same, also the same abbreviations: MB megabytes and Mb megabits. But what exactly are they? How are you going to distinguish between them and how do megabits convert into megabytes? Why the difference in your internet only plans important?

The way a machine works comes in. There's a machine with millions to billions of mini transistors and every computer just has 2 settings on and off. A 1 and a 0 are indicative of one. Each setting with 0 or 1 is specified in the transistor by a bit (binary digit). This same system can be extended to anything if two conditions are identical on and off such as magnetic particle size orientation (north-south or south-north) on a hard drive.

A byte is a set of eight bits. This number has been chosen as 255 characters in eight bits have been identified. These include the entire upper and lower case alphabet, zero to nine numbers, and various special characters.

Remember that a byte is equivalent to eight bits. Likewise, a megabyte is 8 megabits. The total 100 MB file is 800 Mb or megabits, in this case. Now it's clear that a 100-Mbit/s connection (100 megabits/second) would download that file within eight seconds, not in one second.

Related Reading:  Is the Future of Entertainment are Online Streaming Apps?

Why is it important?

The ISP lists megabit by second connection speed (Mbps). However, the data is classified as megabytes (MB). If you are not certain of the difference between megabit and megabyte, you can choose an Internet speed that would be too slow to suit your needs or overpay more than you need. You may also misunderstand your monthly data limit, which could be very costly since many ISPs charge a lot of money for data overages.

Indeed, strike and gaming services try to preload to avoid buffer delays. This means that a 7 Mbps YouTube video could peak at around 250 Mbps on a fast connection. These services are also excellent for automatically downgrading the quality of video for slow connections, but it needs to be taken into account when determining how much speed you need.

Megabytes (or gigabytes more frequently) matter when considering data caps. If you watch standard-definition films for 5 hours in one month, you can reach 1 GB of data. It takes 170 hours of social networking or nearly 7,000 e-mails to reach the 1 GB mark.