Top 10 States by Highest Electricity Consumption in the USA 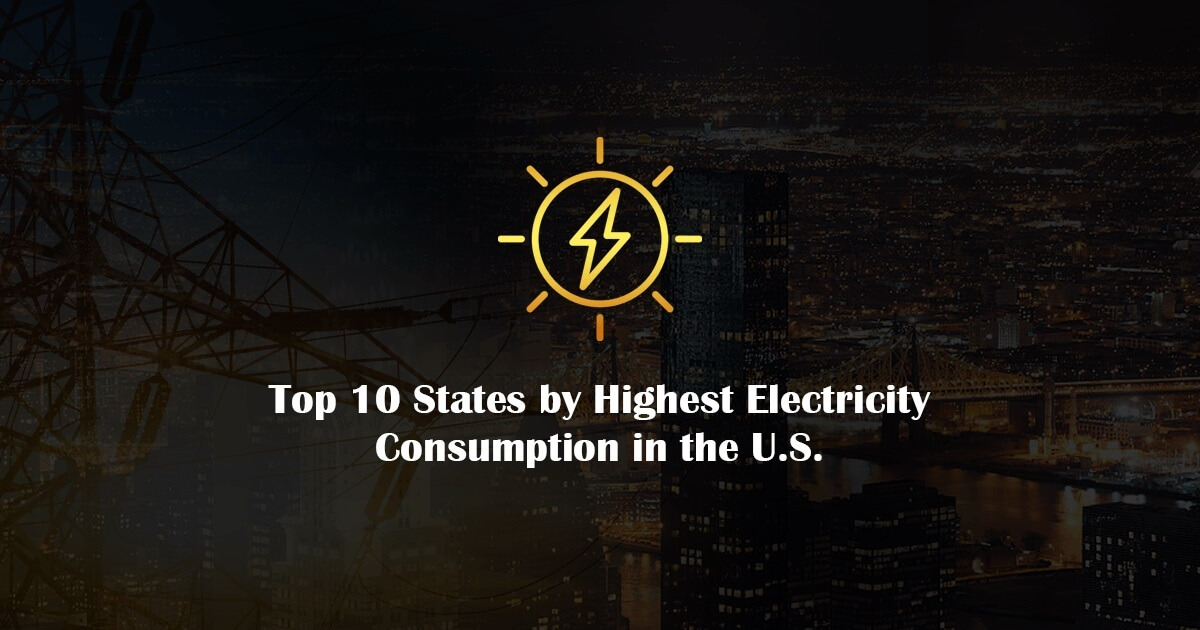 The U.S. gets most of the energy from fossil fuels, including coal, natural gas, and petroleum, whereas renewable sources account for about 10% of total energy consumption, as per a report published a couple of years ago by the U.S. Energy Information Administration. Electricity consumption varies across states and cities. Do you have any idea how much energy is being consumed by the people living in your city or state? Is your state/city amongst the top consumers of electricity or the bottom ones? In other words, is energy consumption too high or too low in your state? This article will serve as a guide for all those looking for the top few states with the highest electricity consumption in the U.S. Here’s the most comprehensive list for your reference:


The rankings may change depending on the fluctuations (due to weather change and other important factors) in the energy usages across the different states of the U.S. With this listing and information above, I’ve tried to portray the big picture of the current scenario and believe it was a good read. Please feel free to share this post with others who may find it useful.