Why It is Difficult to Choose Electricity in Austin? 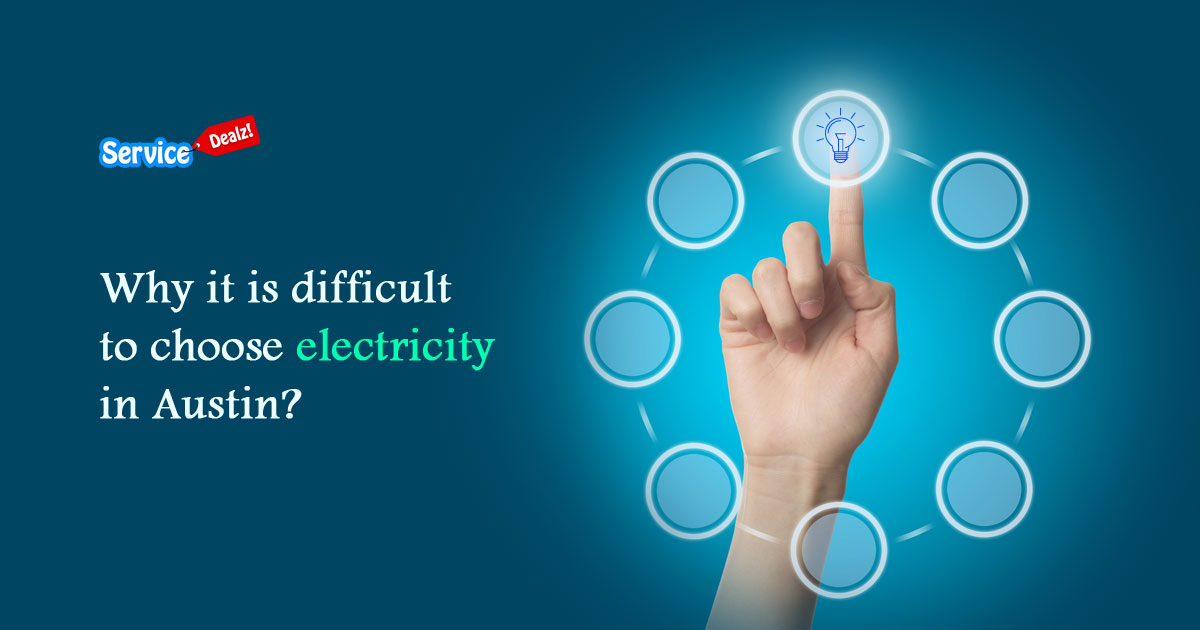 In 1999, the then-government of George Bush signed a law that introduced deregulation in the energy market of Texas, since then, a debate is going on about whether and how much the deregulation have benefitted the people living in Texas. Deregulation aimed to introduce the competition in the marketplace to increase the options for consumers at lower prices. But with time, it seems like things didn’t go well with the expected outcome of deregulated electricity. It is also believed that the law benefitted large industry consumers more than the usual consumers. The reason behind this is the lower rates generally offered to business owners or consumers. However, with time the federations are working solely to bring the best out of this law for usual electricity shoppers. In the past years, the legislature sunset advisory commission which monitors the public utility commission and ERCOT, the grid operator recommended imperative changes to make it easier for the Texas electricity shoppers to lodge complaints against electric companies.

It is quite a tedious job to find electricity in Austin but there are several solutions which can make electricity shopping easy in Austin, Texas, where the electricity deregulation was sold as unbridle the power of free enterprise, the energy markets tend to be more like a tangled rope than wavy swings. The clumsiness of the deregulated energy market extends from plans with perplexing tariffs and details to wholesale markets; here the offers are kept hidden to transmission. In such a situation, the sizeable business and industrial business consumers can boost the system to push costs onto small businesses and households.

The electric provider in Austin does unfairness with the consumers by attracting them with a compelling option and ditching them after the signup process. Moreover, this is because Texans paid high for electricity for years now; this is why it is often a difficult task to shop for electricity in Austin. According to the Texas Coalition for Affordable Power, the consumers living in the cities of Texas like Austin have paid consistently higher prices for the electricity than those consumers buying electricity from regulated municipal utilities and cooperatives. Electricity companies lack transparency and this is the core reason for the consumer paying extra-high tariffs for nearly two decades now!

As we know, two decades ago, the energy market of Texas was deregulated on the urge of big industries and local companies hence, forcing millions of Texas to get bounded with deregulated electricity. Soon, with time, electricity regulators tied with electricity shopping websites to ensure more transparency by allowing shoppers to compare plans as per the price and requirements, tariffs for venerable energy and exposure to customer service, and more.

Soon, the websites were full of offerings. Some companies offered several similar plans which were later found hard to understand by the shoppers. On the other hand, the electric providers began offering plans with low introductory rates to attract the shoppers; soon after the signup, these rates touch the sky. The shoppers are unaware that using one kilowatt-hour above certain aviation would make the advertised price rise by as much as 10 times.

Moreover, other companies offer free nights and weekends deals that cost shoppers more because the rates are higher on the weekday. A company offered a $500 bill credit for a one-year plan that would cost the consumers twice as much as another plan offered by the same company.

Find a Reliable Website to Shop for Electricity in Austin

Here is a quick insight

Check your Contract:Before you decide to shop for a new plan, keep a check on the time limit left for the contract. If your contract is long left and you decide to switch in between, you will end up paying dollars as cancellation or termination fees.

Look for your usage: Have a look at your previous electricity bill or call your provider to know the usage details. This will give you a better idea of choosing a reliable plan if you are intending to save money.

Read the EFL:  EFL stands for electricity facts label, this will help you in finding the charges a certain plan will offer based on your usage or requirement.

So now, when you decide to shop for electricity in Austin, you know what you don’t need to miss out on! Moreover, if you are confused about where to find ideal plans for electricity in Austin, you are in the right place. At ServiceDealz, you will find a variety of plans from several renowned providers in the USA! In case it was helpful and beneficial, don’t forget to let us know!